The casino game Blackjack is one of the famous card games, if not the most famous, in the casino. This top table game is favored by many individuals and becomes a source of income for most gamblers. Despite how entertaining it can bring to various individuals, the game of blackjack does not contain the same rules from one casino to another. The objective of the game is still the same, which is to beat the dealer. Some modifications are added to the play to give gamblers a better game with more challenges. It is important for players to understand that the rules of some casinos often increase the house edge, while some have the potential to lower it. Nonetheless, it is crucial to know and understand the appropriate strategy for the given rule.

There are eight favorable rules in the game of blackjack. These rules are available in some land based casinos, while others offer them limited in number. However, it is important to know these rules to prepare yourself in cases when they are available in casinos.

This rule is considered to be uncommon or extinct in the facility mainly because many gamblers take advantage of this rule, leading to bankruptcy to most of the casinos. The casino edge is reduced once the establishment pays 2 to 1 rather than the standard of 3 to 2 payout. These 2 to 1 payouts are limited in offer so when you hear this kind of promotion, you should grab the opportunity while you can otherwise the facility would be full of professionals with their large bankrolls.

This rule is applied when a player surrenders his hand. This decision enables him to give up half of the initial bet and has the right to play out of the hand. In the late 1070s, Atlantic City casinos initially opened and allowed players to surrender before the dealer is able to check his hole card. This is called the early surrender, which is a very favorable rule for gamblers. This reduces a value of 0.6% in the house edge, giving Atlantic City the decision to evict this rule. Some casinos rarely offer this kind of rule, however they do offer late surrender to those players who decide to surrender.

Single-deck games with standard rules are, without a doubt, better than multiple decks being used. Most casinos use up six to eight deck of cards in the game of blackjack as it is highly beneficial to the facility through increasing its house edge by 0.5%. Luckily, some casinos, mainly in Las Vegas, offer single-deck games that can be an advantage to most players. 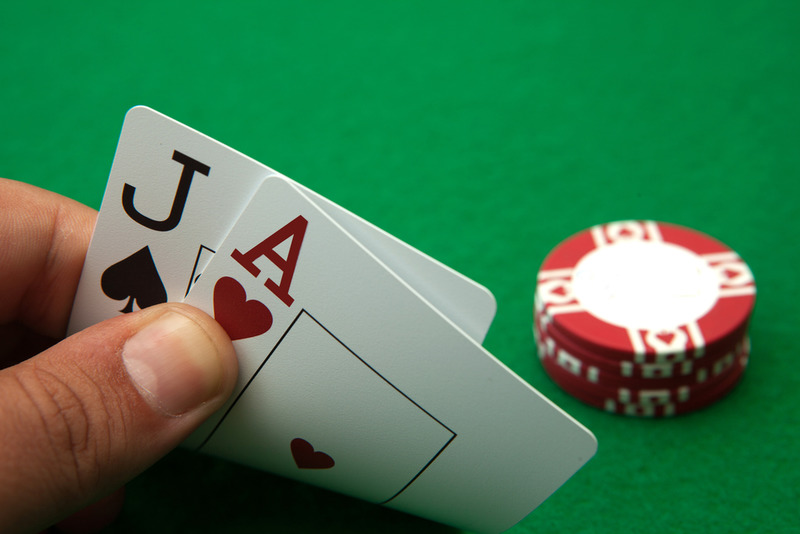 Doubling down on more than two cards is one of the rare offers of a casino mainly because it reduces the house edge by 0.2%. Traditionally, casinos allow players to double down only with the two cards in their hand. Casinos forbids doubling down for those who ask for additional cards. In today’s time, some casinos would allow players to double down with three or more cards in their hand.

This rule is unlikely to be common in casinos as it lowers the edge by 0.4% when executed properly. If a DAS is offered by a casino, take the opportunity of this kind of favorable rule and double down once you split the pair in your hand.

A player is given only one draw card to each ace when you split them. Drawing additional cards is prohibited in most casinos. However, some allow players to draw additional cards, causing the house edge to decrease by 0.14%.

This favorable rule is allowed in some casinos, which lowers the casino’s edge by 0.06%. However, most casinos do not allow resplitting aces. Normally, once you split a pair of aces and draw another ace, you would be stuck with a hand of 12. With this favorable rule, you are allowed to make another bet and resplit the aces.

Late surrenders are more offered in casinos. This form of surrender is only allowed once the dealer checks is hole card. If the dealer has a blackjack in his hand, then you lose. The correct strategy and usage of this rule can decrease the house edge by 0.08%.