It takes little or no time and energy to learn how to play the game of roulette within the casino. All you gotta do is to pick some numbers or colors you prefer, and you’re playing.

Original American wheels had 31 numbers with a 0, 00, and an American Eagle for a 3rd zero type number. Later, both the American and European wheels incorporated 36 numbers plus the zeros. Within the late 1800s European casinos set their wheels with 36 numbers and one zero. American casinos have 36 numbers but include a 0 and 00.

Roulette is very popular in European casinos. The largest difference between the 2 wheels is the odds. With a 0 and 00 the chances against the player is 5.26% (American wheel). With just one 0 the chances for the player is reduced to only 2.70 percent (European wheel). By the way, you’ll find both wheels in some American casinos.

One option at roulette is to play red or black positions rather than numbers. Think of it in this manner. If and wager $10 on the Pass Line in craps and you win, you will earn $10. Same if you place a $10 bet at the blackjack table, you win $10. But if you place the $10 on a number at roulette you expect $350! That sounds awesome. But because of the percentages, it’s an awfully long-shot to win. If you play on red or black, it matches the same rate ($10 win) for craps and blackjack. What amount you wager; you’ll be rewarded with the same amount. You got a greater chance in winning than when you do with the one number wager. 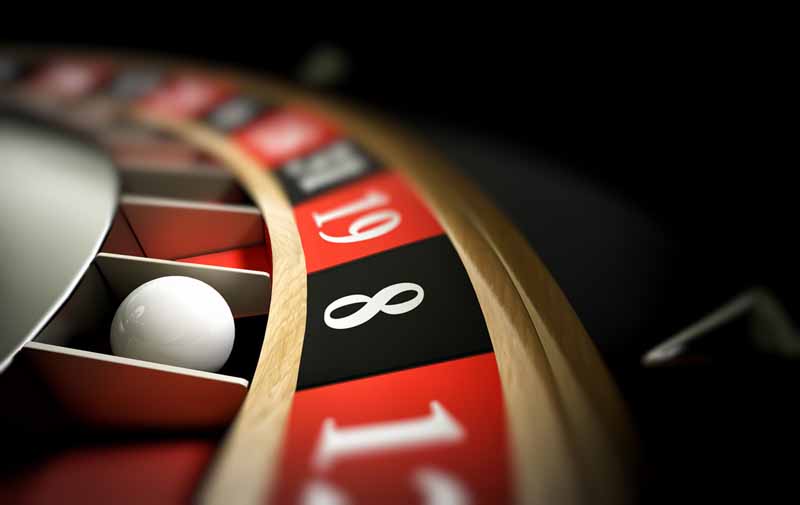 A lot of players bet anniversary dates or birthdays. All are considered long-shots. Number bets are referred to as “inside” bets. The “outside” bets are black and red, even or odd, high and low, and that they pay one-to-one. you’ll also play columns (inside, middle or outside, 12 number columns) and dozens (the first dozen 1-12 or the second dozen 13 to 24 or the third dozen 25 to 36), they pay 2 to 1. Do you like wagering on the long-shots or are you the slow and steady bettor?

In the early 1990’s, Gonzalo Garcia-Pelayo used a computer to search out roulette wheels with construction flaws, (today they are called “biased” wheels) like tilts, which then favored certain numbers over others at the Casino de Madrid in Madrid, Spain. Wagering on the most likely numbers, he made a 5% disadvantage into a near 15% advantage. He and the members of his family were able to gain over one million dollars over  several years. A court ruled in his favor when the casino sued him for the legality of his strategy. (He played by the book, while the casino was not able to maintain their wheels).